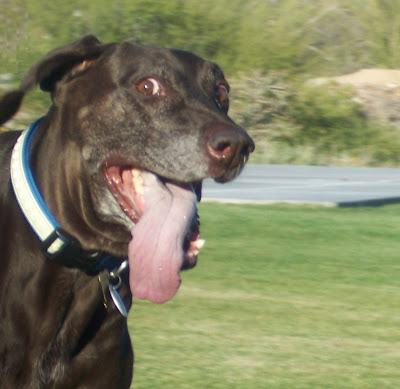 I want to thank everyone who wrote to the blog about Callie. I was not prepared for the flood of emotion I felt late this afternoon when I picked up her ashes and urn at a pet clinic near where I live. The service that does cremations for pets has been busy and running late--a week passed and things we had to do kept us pre-occupied.

The moment I actually realized that I had Callie's ashes in my hands got me--I wept for her, Gentle Reader of This Blog.

Things have been going too fast for us here in Dog Mtn--with travel plans, and cross-country driving--Rico has an audition for the music program at USC in late January. Paying for the flights to Los Angeles for the audition will be expensive and we don't have the money--but we'll try and figure out something.

Little Egypt, son Rico, and Yours--have not been able to live in the same house--or the same country--for several years now. A long deployment for Little Egypt to Afghanistan 2006 through 2008, Rico living and studying in Seoul, South Korea, and then the both of them living in Lawrence, Kansas for Little Egypt's federal appointment--has been taking a toll on us emotionally and financially--already its almost 2011.

But its Christmas and we are now all together again! 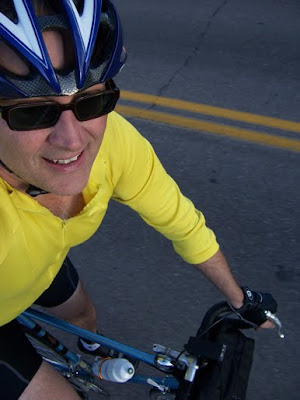 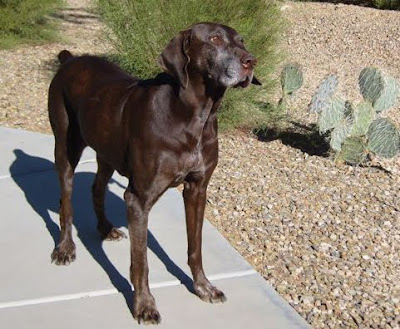 Callie was a good dog and a great friend!

Callie began a gradual decline the last few weeks, Gentle Reader of This Blog, and this Tuesday last, she passed away here at our home in Tucson. Little Egypt came back for the holiday this last weekend too, and soon after Callie started to fade. My good friend John, a veterinarian, came over in the morning and helped her on her way. 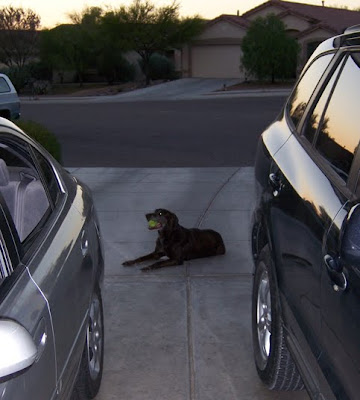 Callie waits for me to take her to the park--our morning and evening routine.

Callie and I did one last trip to the park before she passed away--very early in the morning. She took her ball, but just checked out everything and we came back. 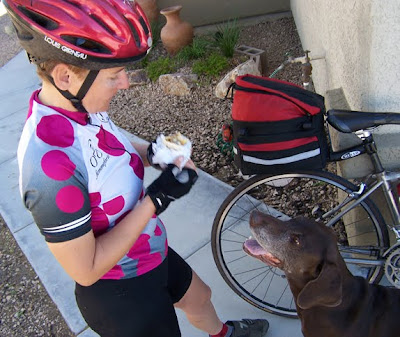 While Susan was here for a week in November, when we rode the Mt. Lemmon 200 Brevet, Callie's health improved and we thought she'd make it through to Christmas. 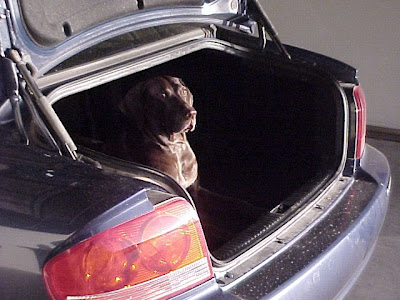 Callie loved to sit in trunk of my car on the weekends, and watch the world go by. 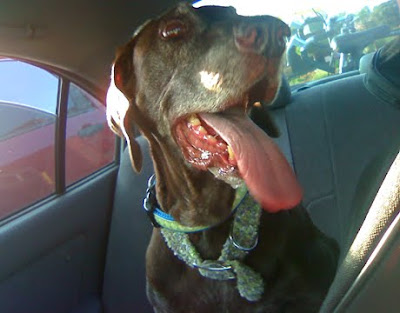 Ready to go for a hamburger!

I got Callie ready for our road-trip to Lawrence, Kansas by taking her everywhere with me. Used to be a car trip was to Petsmart and the dog beauty shop--which she was not that trilled about. Instead we went for a hamburger, her favorite thing! 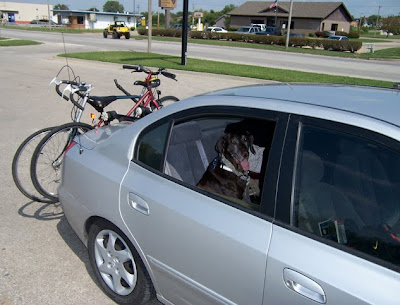 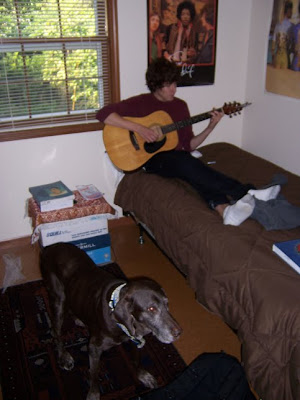 Callie in Rico and Little Egypt's house in Lawrence. 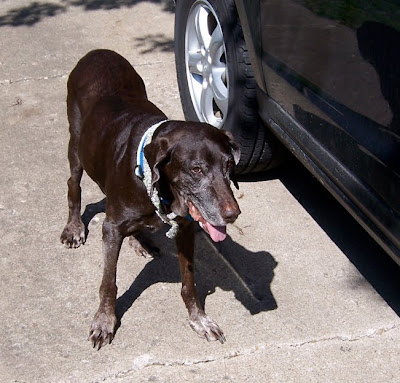 Callie was 15 years old and we still walked and played catch every day. 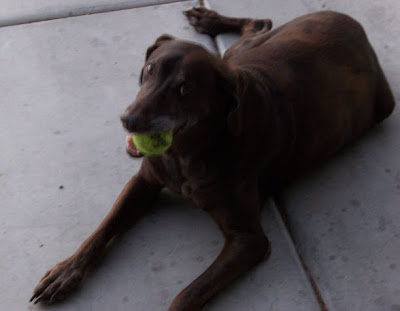 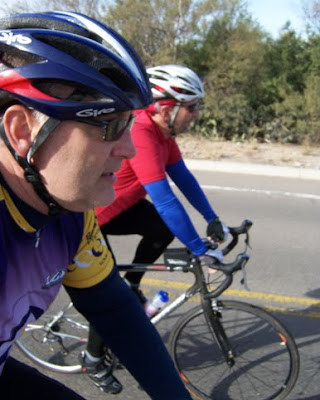 Me and the Boss on the road.

I thought I'd have a weekend of chores to do around the house, when The Boss sent a text inviting me out for a quick Sunday morning ride. I was up for it and got the bike ready and packed Saturday Night. 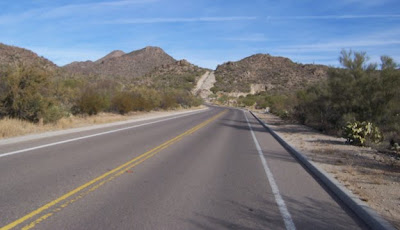 The old jeep road up and over the Tortolitas.

Way up on the Northwest side, at the end of Thornydale, used to be the old jeep road that hunters took deep into the Tortolitas. A very wealthy developer, the Campbells Soup Heir--same guy who also developed up around Teluride--bought and developed out here. This is were the ultra-rich have big multi-million dollar getaways. Tiger Woods has a place so they say. Boss had never been out here so I took him a bit off our regular course to show him what was up. 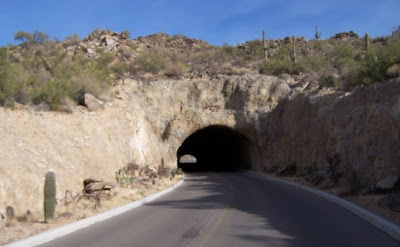 They built this tunnel-- costing into the millions--as the entrance to Saguaro Ranch. The jeep trail still remains but you have to have a serious four-wheel drive to get up and over, mes amis. Sadly, the developer went bankrupt--but as far as the local people will tell you--the damage has already been done. Yeah it was hot when Tiger was out here--but now its kind of a dead end. 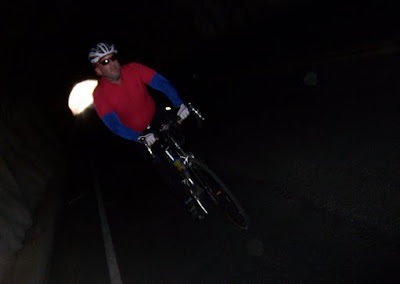 Going through the tunnel.

Used to be very remote and hunters told me that there were mustangs in there. 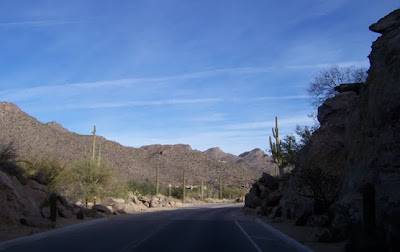 Inside it is another world!

It is very beautiful in here, Gentle Readers of This Blog, and we just go in the entrance as we don't want to bother anyone, plus there is a guard house. The guards will tolerate you coming in for a few minutes but you must be on your way if you have no business in the development. 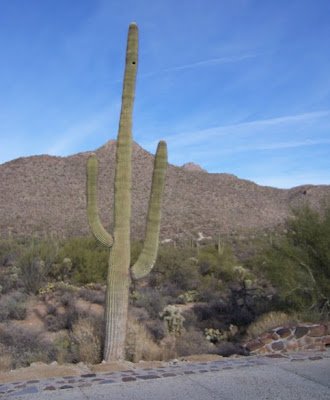 Many home sites have not been started.

I have to tell you, mes amis, that as beautiful as this part of the desert is, it is remote and very hot most of the time--I mean I like it and all, but this is an area where you don't want to be when its warm--blazing and deadly hot. Living out here would be pretty tough. You can really only spend any time out here in the winter. 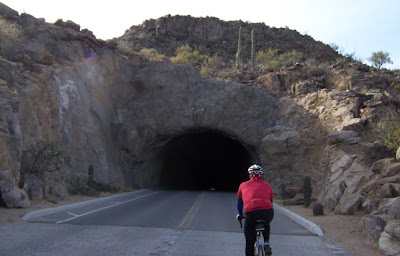 We roll out of the Ranch. 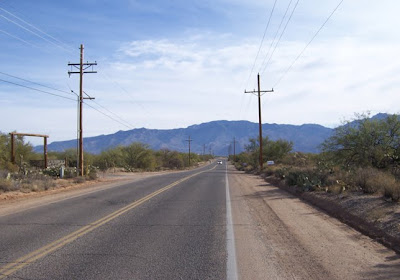 We get a bit of a headwind as we start back home. Mt. Lemmon is warming itself like a big sleeping bear in the pale December sunshine. After El Tour a few weeks ago, most of the local roadies have taken to sleeping in these cold mornings in Tucson. 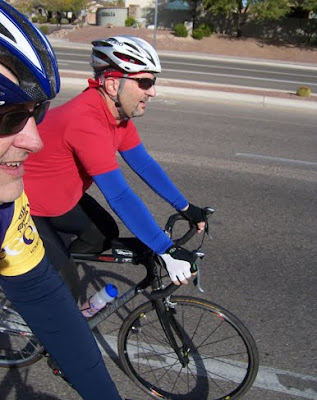 Rancho Vistoso has wide bike lanes and we can ride fast and make time to get back home. Its a development sort of built on top of flat mountain, and by bike its the best. 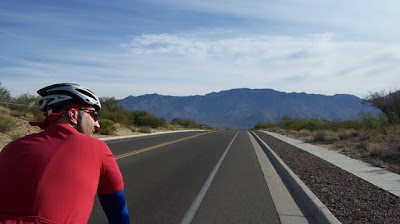 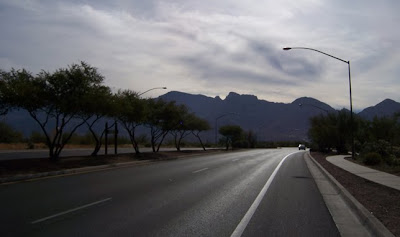 Boss and I will ride around the base of Pusch Ridge and then back up Ina to Campbell. 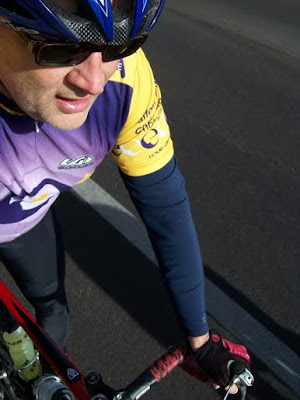 I didn't seem to get warm and I thought it chilly--still we had a pretty good ride, mes amis! 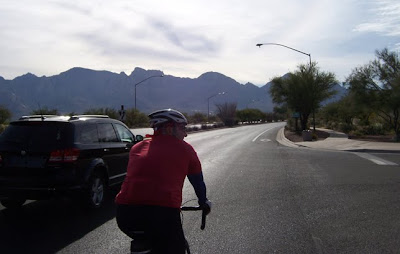 Traffic as people get up and get moving.

Thanks for stopping by the blog! Cheers! Bruce